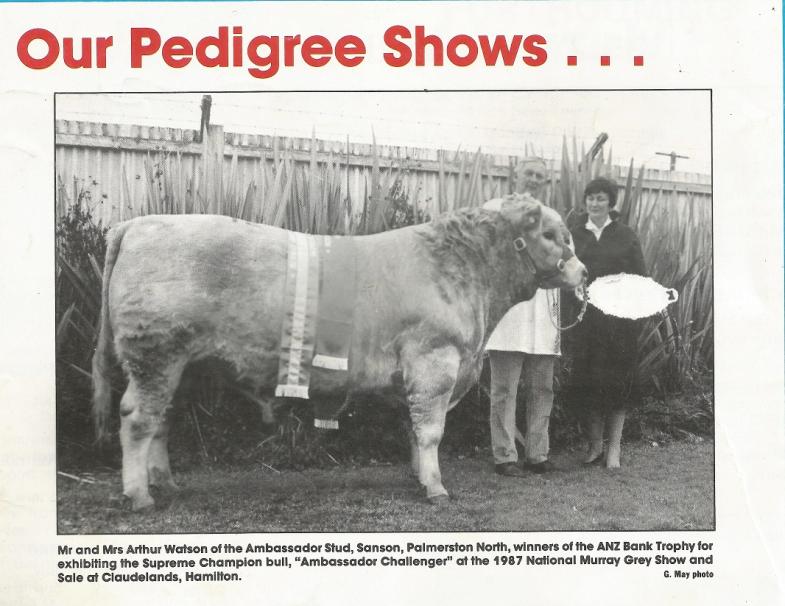 Arthur served as President from 1989-1992 and was a member of Council for a number of years, as well as a member and Chairman of the Manawatu West Coast Breeders group, which later became the Southern North Island group.

The Ambassador Murray Grey herd was situated on SH1 at Sanson near Palmerston North and moved to Temuka in 1994. It was founded in 1971 with Angus cows sourced from Hawkes Bay and Arthur travelled to Western Australia to purchase Koojan Hills Bugler 2nd and Koojan Hills Bolinda 2nd, returning in 1974 to purchase the “Cleopatra” family from Koojan Hills, in calf to Glenelg Timothy. Bugler sired numerous National sale bulls for Arthur, realising top money on the day.

In 1990, in partnership with Charles Wallace, Woodbourn stud Tasmania, Arthur purchased Newfields Vo Rouge for a then NZ record price of $26,000. Vo Rouge was exported to Tasmania and used by AI in several studs in New Zealand as well as leaving over 600 progeny in Australia.

Arthurs knowledge and experience around the judging rings was well respected for both cattle and Romney sheep, of which his Isla Romney stud was also held in high repute. 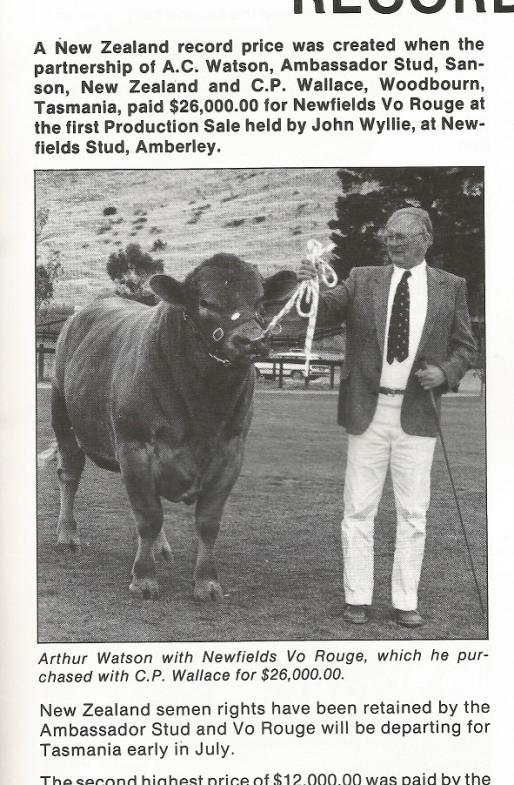